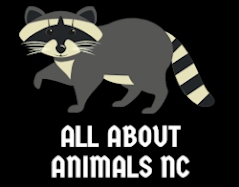 (No Dogs or Cats) 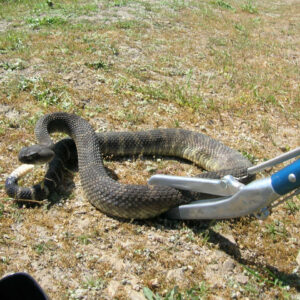 The 3 Most Venomous Snakes In N.C.

According to recent estimates, there are 37 different species of snakes in North Carolina. 31 of the species are not venomous, despite the possibility that they can bite you. But there are currently 6 venomous species in our area that you should be aware of and on the look out for.

This blog will focus on North Carolina’s 3 most dangerous snakes. Continue reading for more information!

The Eastern Copperhead is found in deciduous forests, mixed woodlands, and outcroppings with a lot of rock. They are most active in the morning hours of spring and the evenings when it is cooler. This snake is nocturnal in the summer months.

The Eastern Copperhead is considered an “ambush hunter” and will choose an area to wait to surprise its prey. An organ in their eye that senses heat may help them gauge the size of their prey. These snakes are essentially pit vipers. The majority of bites, which are usually “dry warnings” contain very little to no poison, so the bite is rarely fatal but you might not get as lucky with the second bite if it comes your way.

2. The Eastern Diamond Back Rattlesnake

The Eastern Diamond Back Rattlesnake, which is both the largest and longest of all venomous snakes found in North Carolina, is widely considered to be the most dangerous. These snakes are most comfortable in dry habitats, but they can be found in savannas, prairies containing water, or on the border of wetlands.

They are most active in morning and evening time. These snakes will rattle their tail at their prey before striking them and can strike at a distance of two-thirds their body length.

The snakes are semi-aquatic, and can be venomous! They’re often called a “water moccasin” and are common in the Coastal Plain region.

They are found in freshwater habitats such as river floodplains, cypress swamps and wetlands with a lot of vegetation. Cottonmouth’s are active both during the day as well as at night but when it’s hot outside, they forage for food after dark in the cooler temperature. These snakes are also known as “pit vipers”.

Although their venom is quite strong, it is not usually fatal as long as medical treatment is sought immediately. If treatment isn’t administered relatively quickly, then yes, the bite of a cottonmouth can ultimately be fatal.

You can see that there are many venomous snakes in North Carolina. There are many other examples, in addition to the ones listed here. These include, but aren’t limited to, the Timber Rattlesnake and the Northern Water Snake, Queen Snake, and The Glossy Swamp snake. Always be aware of your surroundings when you’re outdoors and look out for North Carolina’s 3 most venomous snakes! We recommend calling us before taking matters in to your own hands to avoid the risk of suffering a life threatening bite!

To learn more about the wildlife removal services that we offer, contact us today!

Send All About Animals A Message

All About Animals NC© . All rights reserved.